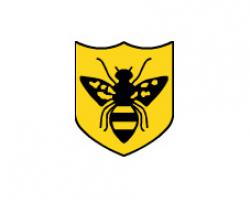 Alloa 1-0 Livingston: Match Report - view commentary, squad, and statistics of the game as it happened.Buchanan strike downs 10-man LiviLiam Buchanan netted his fifth goal of the season to help Alloa climb into seventh in the Scottish Championship after a 1-0 win over 10-man Livingston.The 29-year-old's goal came just three minutes after the interval, ending the Wasps' seven-game winless league run.Struggling Livi finished the game a man down following Declan Gallagher's red card for dissent deep into stoppage time as John McGlynn's side slipped further into the Championship mire.The visitors did have chances to claw something from the game with striker Jordan White in the thick of the action, but his numerous efforts were in vain

Alloa's Daryll Meggatt also had goalbound strikes saved either side of the break as Livi's Gary Glen sent a 67th-minute shot wide of the target.Defeat sees Livi nursing an eighth league game without victory as Barry Smith's outfit recorded their second home win of the season